Harith went home early today, and press me to do a craft activity with him, well ok darling!! So we made a salt dough and mould them into a beautiful castle , well at least we think so. 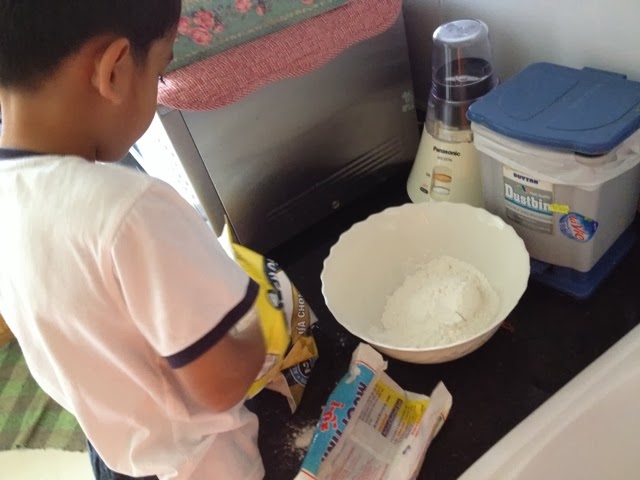 2 cups of flour to a cup of salt, add water till dough become playdoughy like clay and we're ready 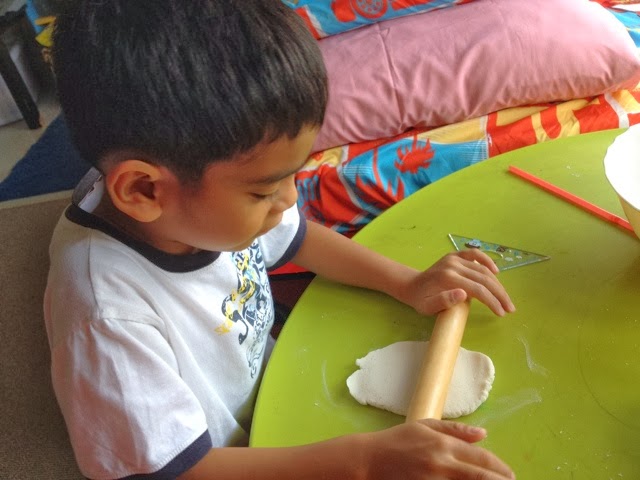 Moulding the dough. Uyay as usual will come a bit late to the scene. 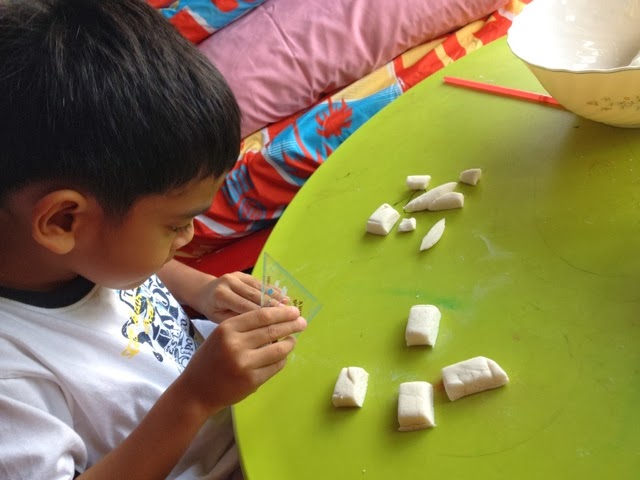 We cut the dough into a blocks like shape , which will acts just as blocks does when you build a building. 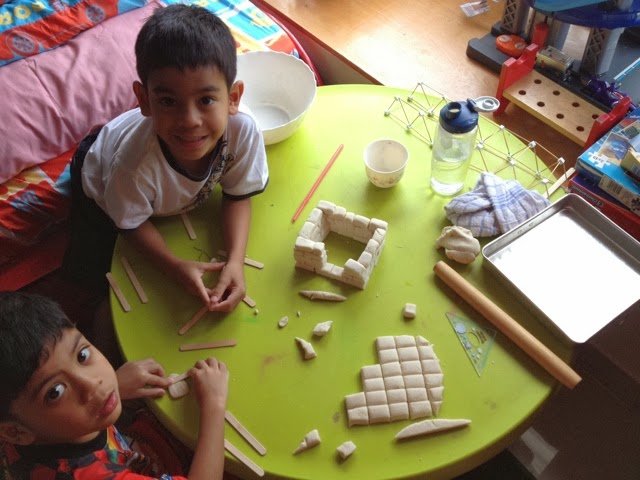 Ahhh there's my little darling uyay helping his big brother with blockings here they have started making the castle structure as a practice before transfering to baking tray. 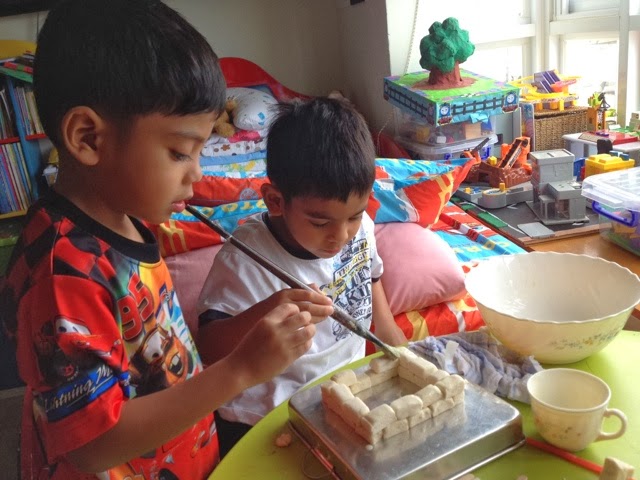 On a baking tray they build the castle structure again this time using a mixture of the dough with lotsa water to stick the dough blocks together. Once done we bake it in the oven. 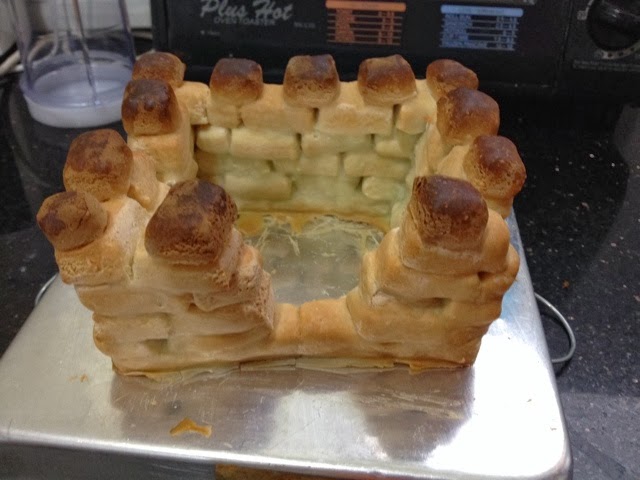 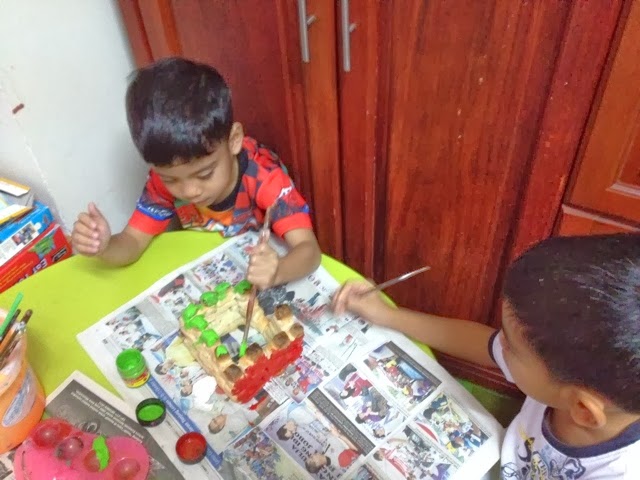 After the castle had cool down they started to paint them, later uyay persuade me to make him flags to put at the castle. 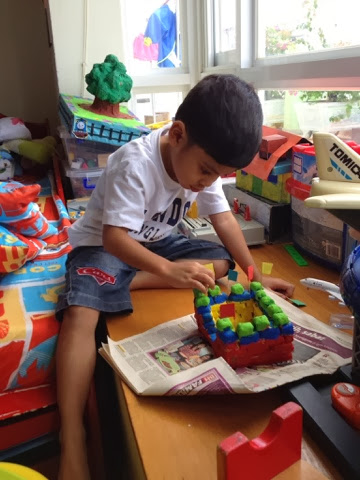 Uyay putting the flags. Later once the paint has dried.
Everytime we succeed completing a craft or science project, i feel so proud and happy seeing my kids happy and proud faces. Sometimes its just too dragging to start a project but once it is well underway, we had such fun doing them together.
Posted by Adlin at 7:29 AM