The snow outside our home is so tempting. To stay outside and play is sometimes too cold. Today the temperature outside was -17c. Therefor ummi bring the snow inside for diha to play. 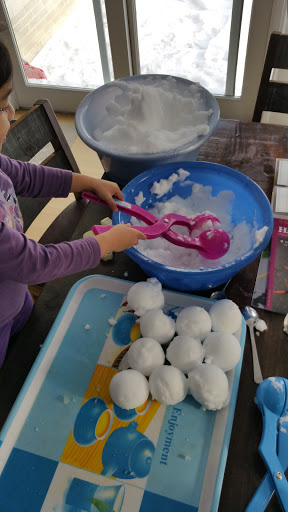 Buat snow ball in the house. 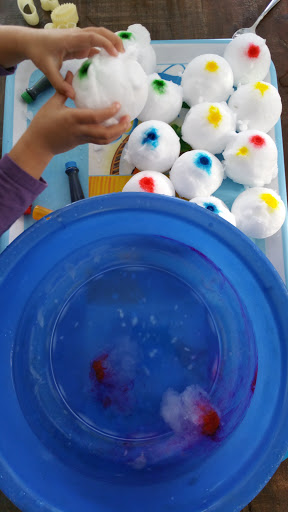 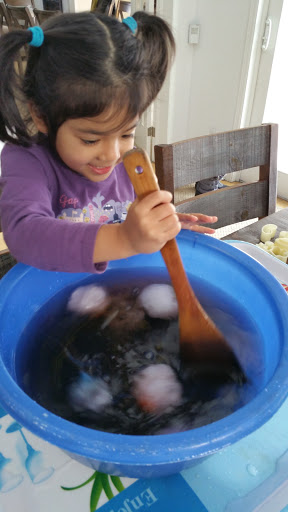 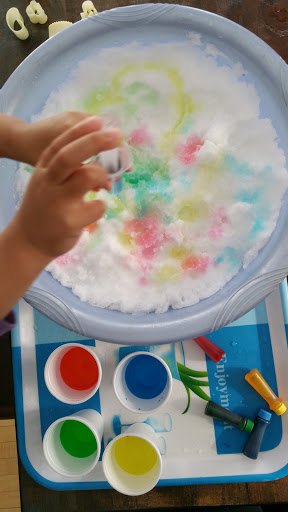 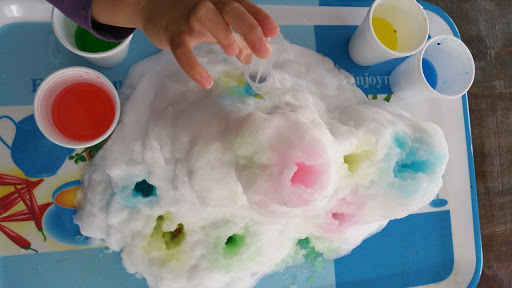 Snow experiment. This is hot water effect on snow. 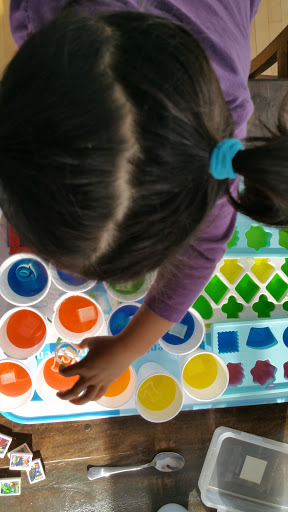 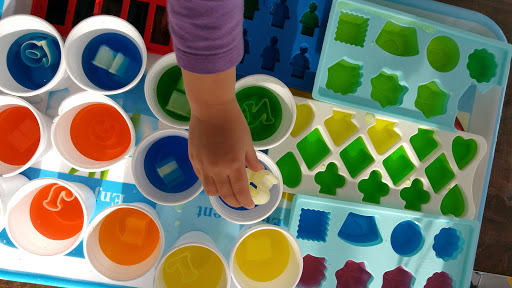 Since the temperature is -17c outside, its like having a large deep freezer outside the house. Its so tempting to make ice cubes outside.

Madiha is preparing the colorfull icecube to be freeze outside. 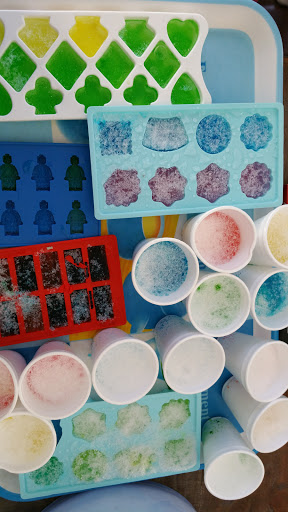 Tada!! completely got freeze up outside!! 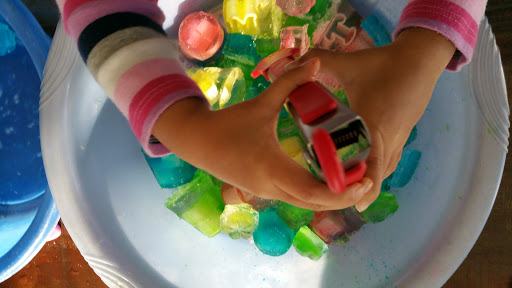 Now diha play picking them up with tong cause it's too cold to hold.

Then dissolved them in hot water. 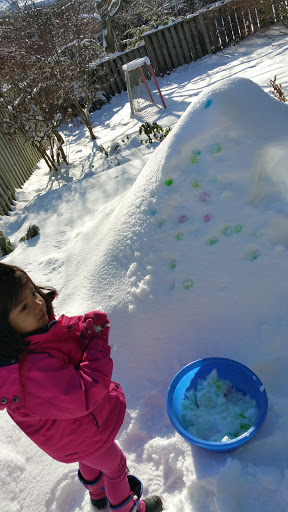 Some diha use to design her snow mound.

It's is such a creative play with diha making her aware of the different kind of weather going on around here.

Unlike last year, snow is on schedule this year. We love snow but do feel the difficulty that comes with it at times. Serabut gak tgk snow ni sometimes. Ahaks. 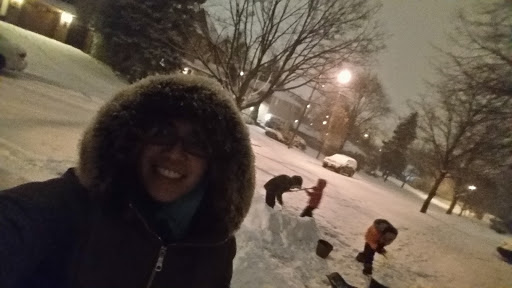 First real snowfall starts at night the other day. That very night we went out shovel and play. The new snow is very  bright and brighten the night sky. 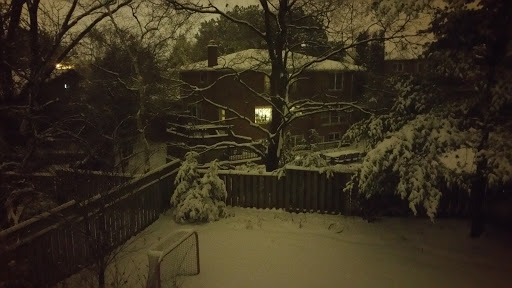 My backyard view from the master bedroom window. No light outside tu. 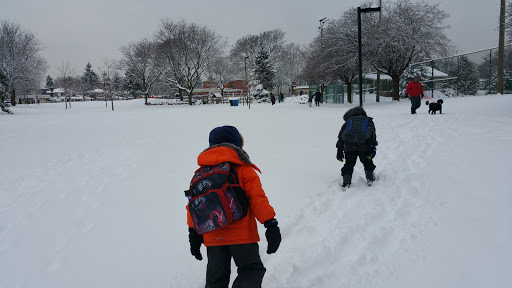 Kids trading snow to go to school. Thats the picture of the park nearby school. Its beautiful. 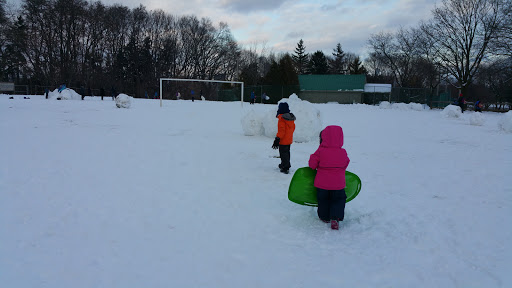 After school i bring the sledge for the kids to play tobagon at the park. 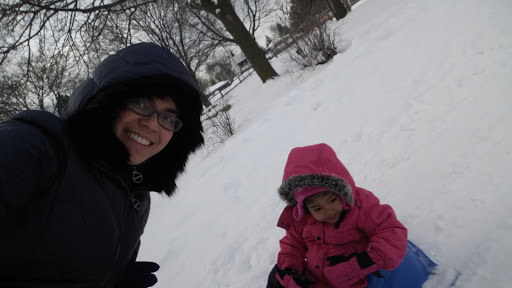 Stroller wont be working in snowladen road and sidewalk so i have to pull diha with these sledge. 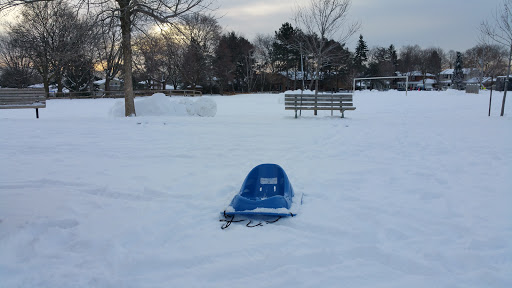 Diha sledge parking while diha plays in playground after dropping off Harith and Zuhayr at school. 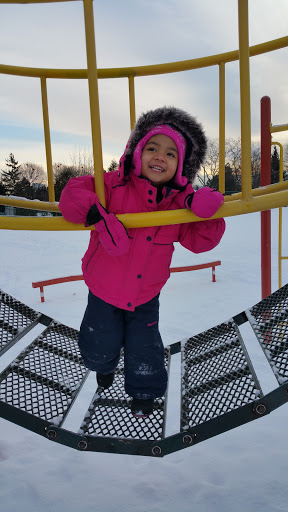 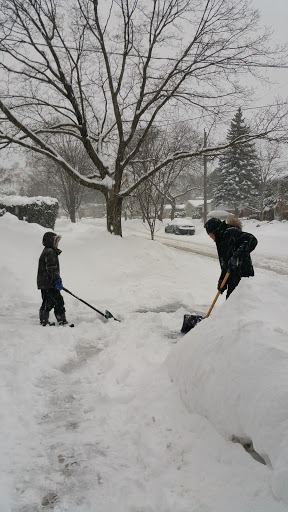 Sometimes the snow is so thick. Up to 20cm. Nak pajak punyela penat.