Living in downtown toronto currently, we will often see this red double decker bus bringing tourist around downtown Toronto. Curious as I always am, we tried this sightseeing bus tour. We manage to get this ticket for 7 consecutive days bus ride, which I think is just perfect. 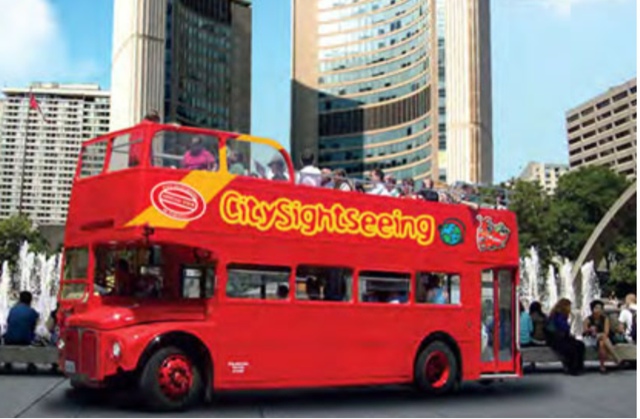 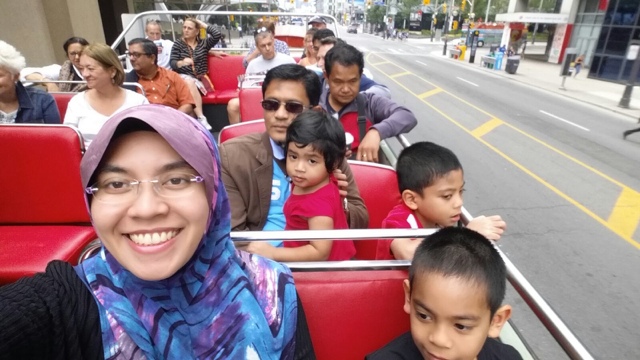 Us on the bus. 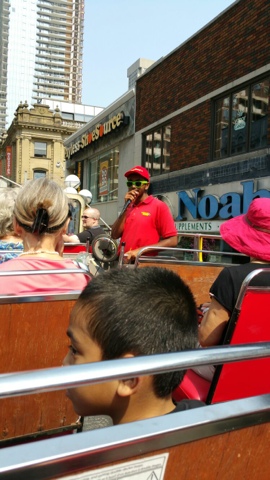 There was an English speaking tour guide on the bus which was very informative and we enjoyed their jokes as well. 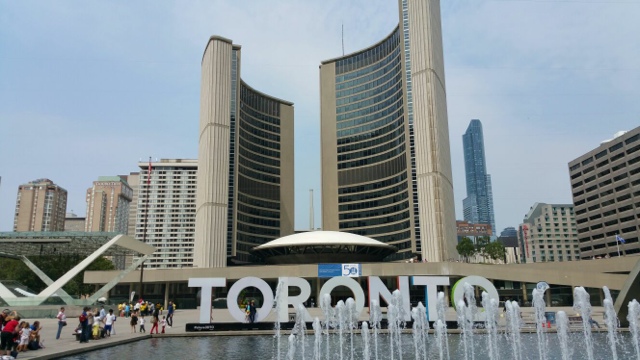 We made a stop at eaton centre then go around the area which includes the city hall, eaton centre shopping complex, one of the biggest and longest mall in Toronto that span 2 subway lines. Above is the beautiful toronto city hall. 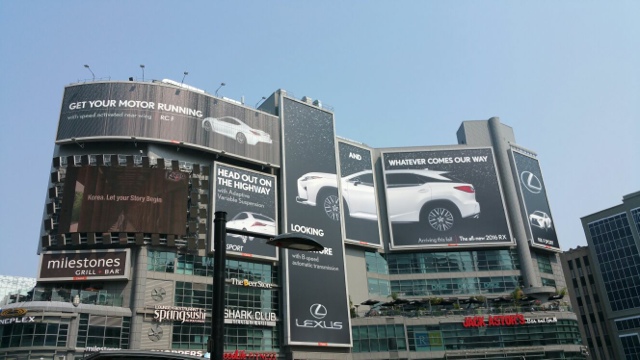 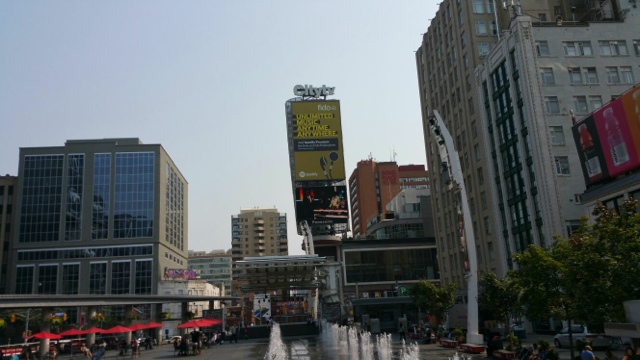 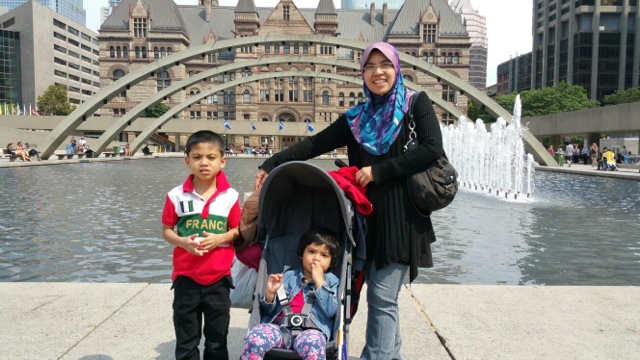 Us at the lake in front the city hall, building behind us is the old city hall. 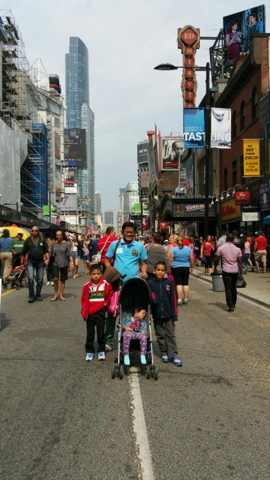 This is younge street, it is the longest street in world. From each ends it takes a total of 27h to drive along it. On this particular day it was closed for a festival. 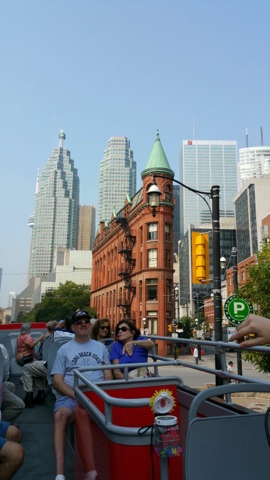 That is the flatiron building, which has only 3 walls, yep new york has the simmilar shape building, while this building is shorter than the new york one it is definitely the oldest. 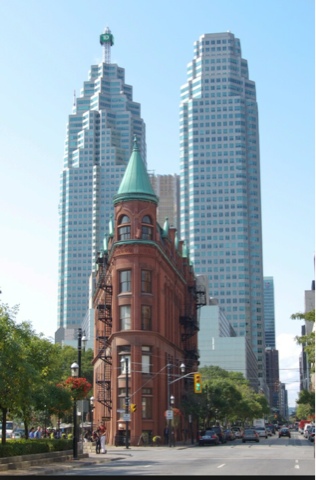 It was built in 1890 and was the tallest building at that time, 6 stories high. Currently though look at the taller building behind it. Wonder how tall will a building become in another 100 years time. Hmmm
" 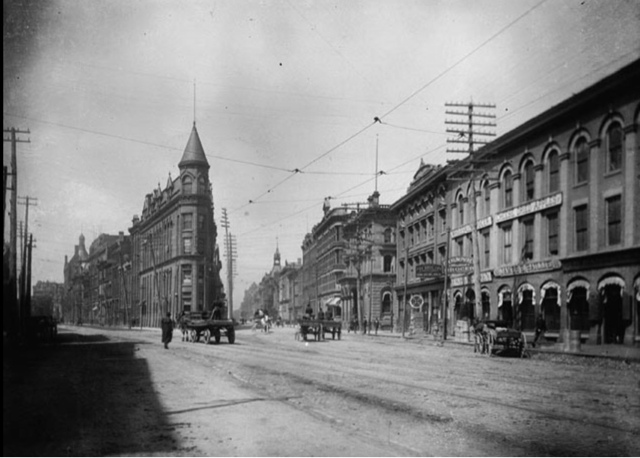 This is how it looks like in 1890. Nice.
So anyway we took the bus everyday for that week. Even on weekdays when abah has to work, I will take the kids to go around the city on the bus. Untill we can memorize the tour guide script and jokes.
Here are some more places that we visit. 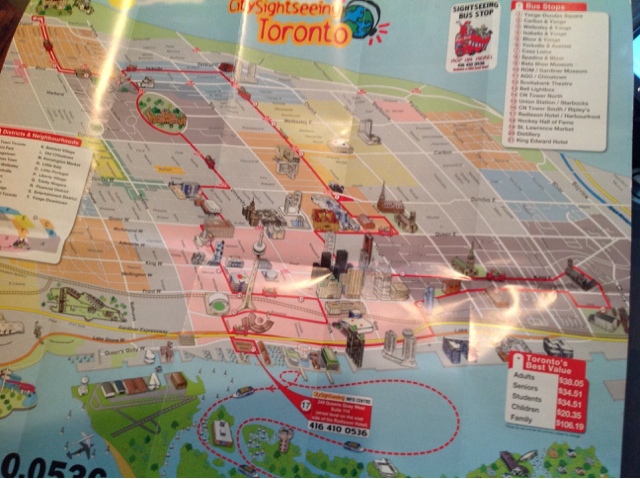 Thats our route. They have about 24 stops. We live near the stop around cn tower. So we usually take the bus from that stop and go around to stop at one place and take the bus again to go home.
The tour also comes with a free boat trip around toronto island. Will share about the boat tour in another posting . InsyaAllah.
We do learn a lot from the tour , ecspecially when you take it around the city for 7 times hahaha. It does give me some idea about downtown Toronto and the city structure, its history etc.
Will update more about my jalan jalan around the city.
See you soon.
Posted by Adlin at 2:33 PM