On one of the weekend while we are in Malaysia Harith and all his cousins went camping at..... Grenny's front porch. Wahahhahha. They have their torch light, barbeque by the grill instead of fire next to the garage pole instead of the tree's. They do activity in the tent such as watching ipad instead of storytelling. And they swim in the pool instead of waterfall and river. But instead of all the modern compensation they are having a blast!!. One day someday when they are bigger , i'll bring them to the real camping adventure InsyaAllah 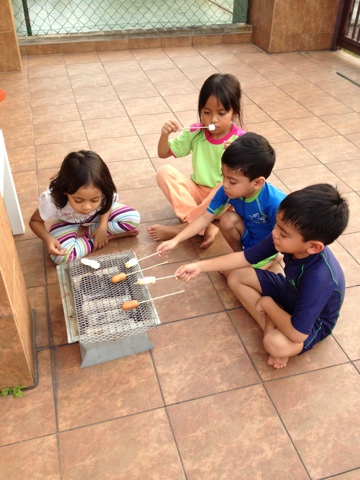 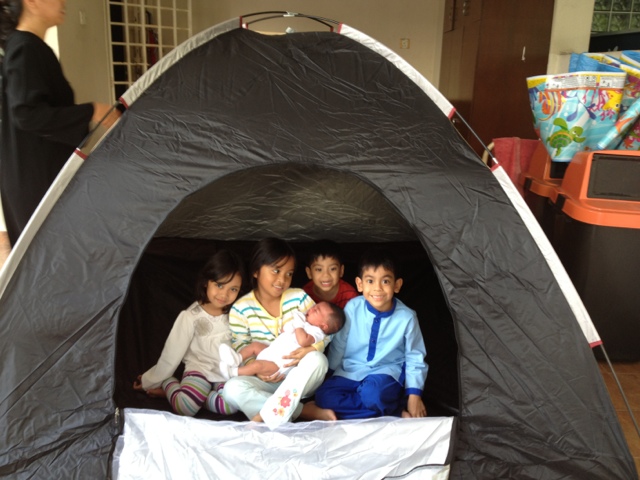 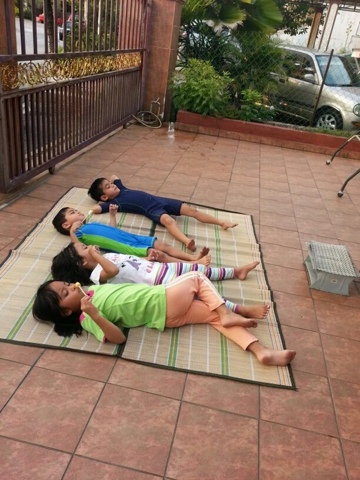 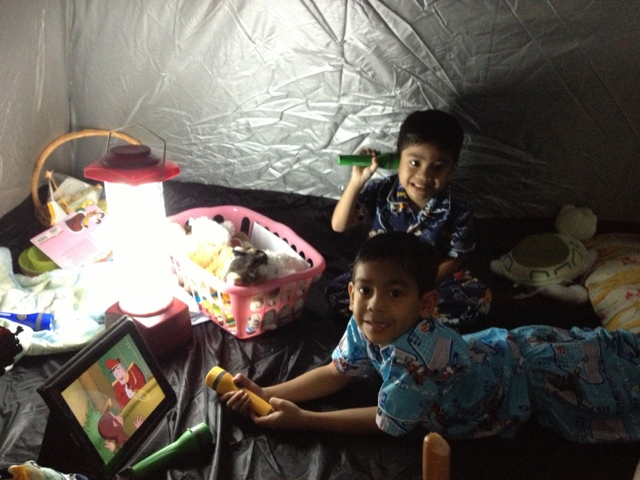 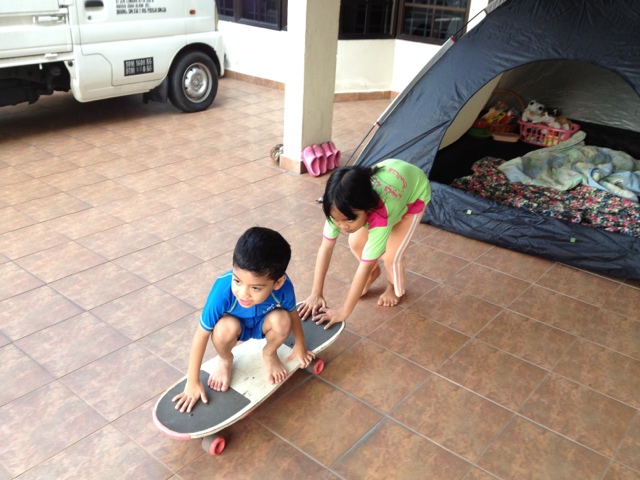 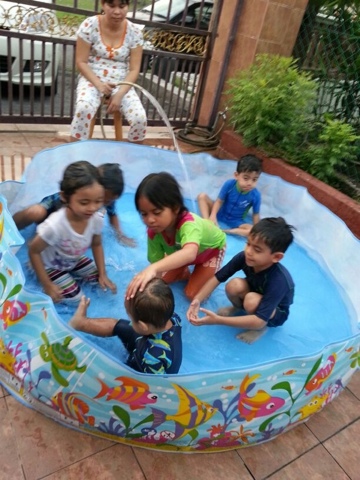