I document this to show how usefull it is to plan a focus and targeted lesson with the kids. Even though sometimes it is just a simple one.
Colorfull pom poms have it wonders, it is colorfull, light and soft and such a delight to the touch sensory.
This morning while me doing a coloring and writing drill with uyay ( i call this a drill cause this writing activities are the most boring for the kids)
I put diha on a chair to play with colorfull pom poms, initially i tried to distract her with lego's sorting but she just throws them away. But with pom poms it glued her down. - for a while- 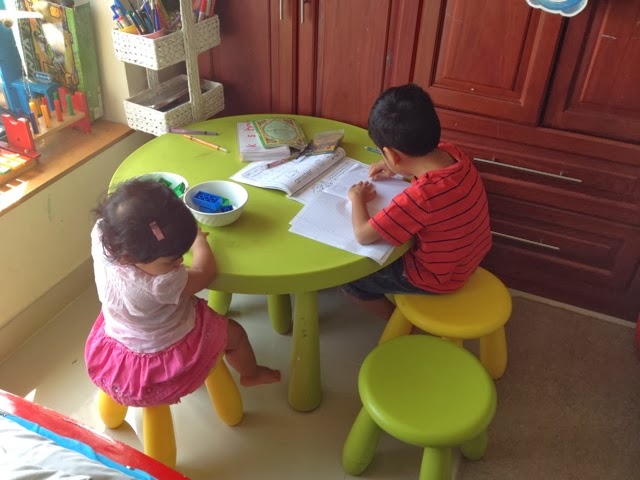 This is her not interested in the lego sorting. 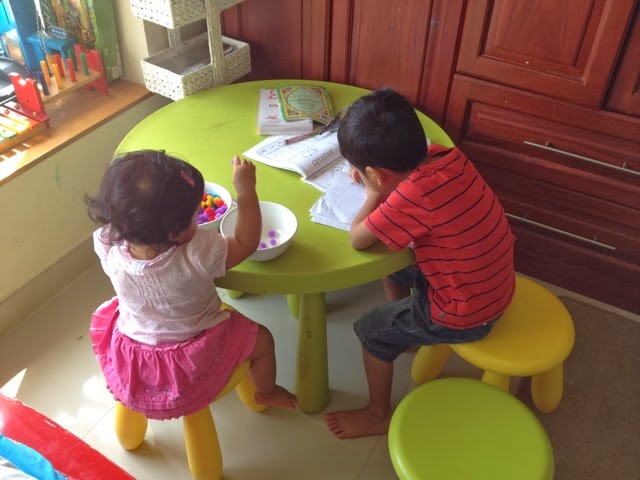 Thats my 'naughty' with pom poms. 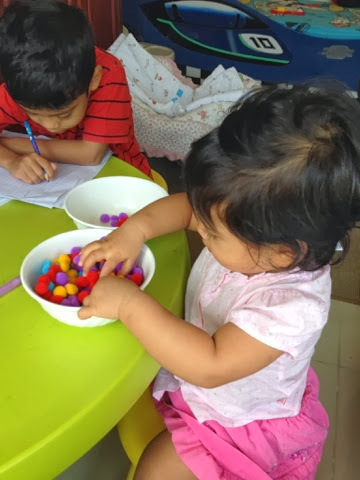 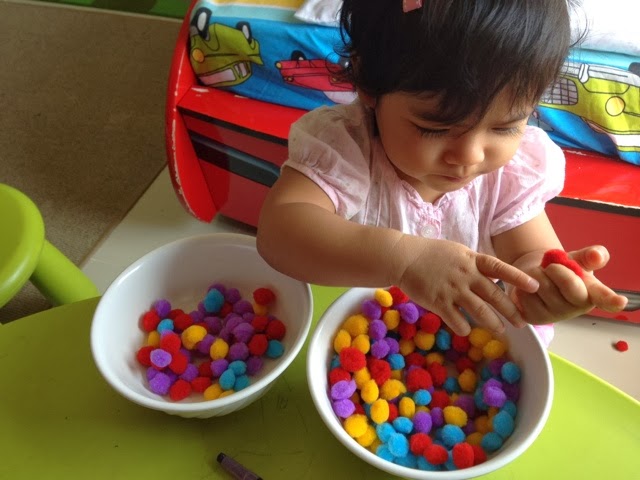 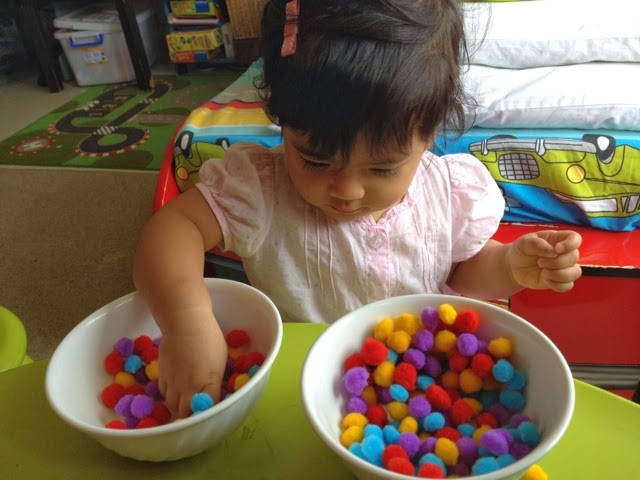 Later on I put uyay on the sorting and keeping the pom poms task which he loves. 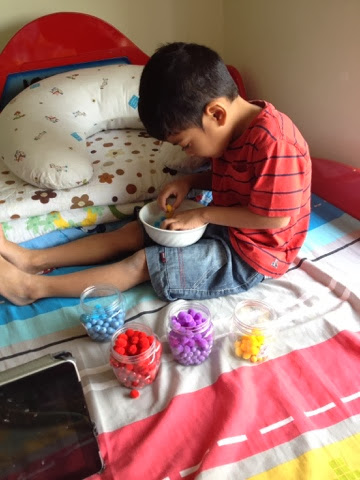 See , how he sits and touch those beauties weighing it, squeezing it , pinching it, bunching it( is that even a word?), then sorting them according to colors. Those may seem simple but it is actually not.
For me I love all activities that makes the kids sit and concentrate on the tasks using their multiple sensory and motor skills.
Posted by Adlin at 11:12 PM