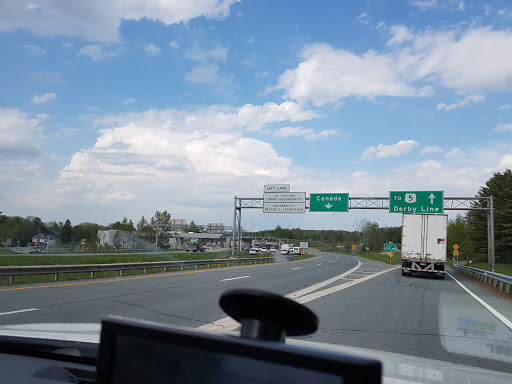 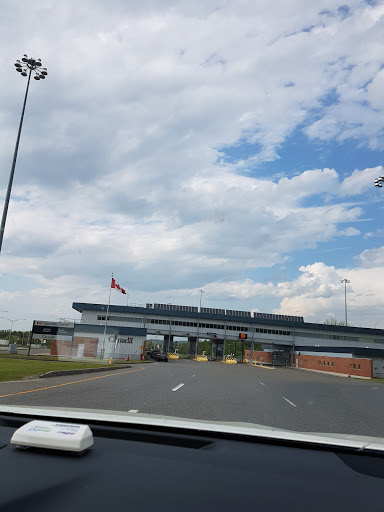 After a long 6h journey we arrived in "our country" Canada. Tetibe rase nostalgic macam dah sampai rumah. Actually I feel that everytime we travelled to US and re-enter Canada. Maybe thats where our home is at the moment.

What a beutiful city. Really. Its beautiful buildings with old european architecture, well preserved. Going around old quebec, you can just imagine how old city were built and how it is fortified and protected. The whole old quebec city was built around a plateu. It consist of upper town(within city wall) and lower town along the river. Magnificent!!!!! 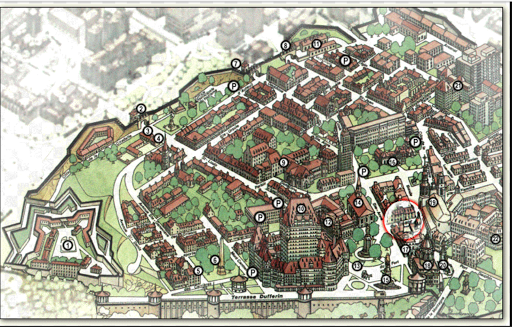 Thats the illustration of the old city. The line at the end is where the tower was, no 2, 7 and 8 are the watch tower post. The wall is high. I would imagine during ancient times outside of the wall is bare land and within the city wall is the city dwellers. 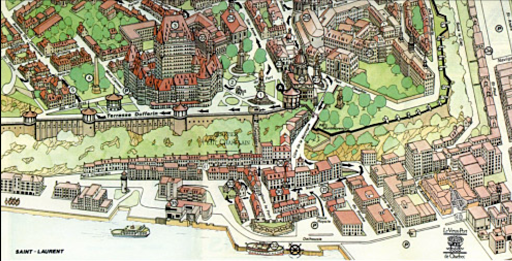 This picture shows the upper town part, and the lower town part. Basically to go to lower town you have to climb down about 200 steps. 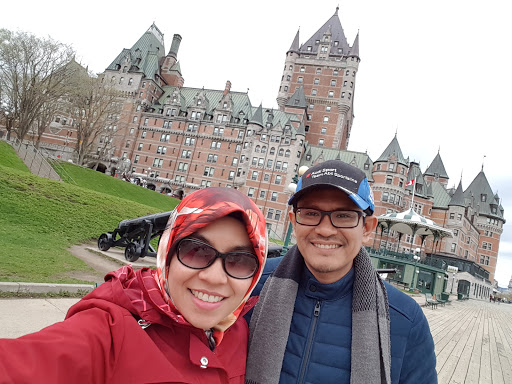 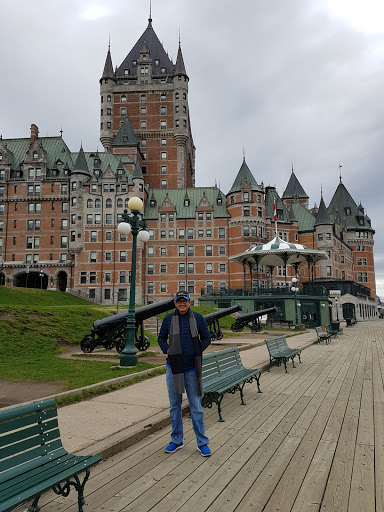 Chateau Frontenac. Beautiful old hotel that
was built during the end of 17th century. It was name after Count of Frontenac the governer of the colony of New France (aka Quebec) from 1672 to 1682. Quebec used to be a French colony and the buildings, their people's language now is still greatly influence by France. 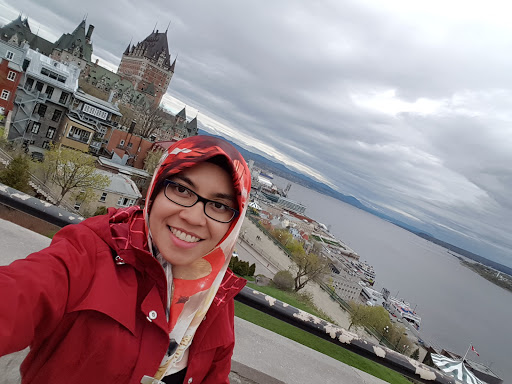 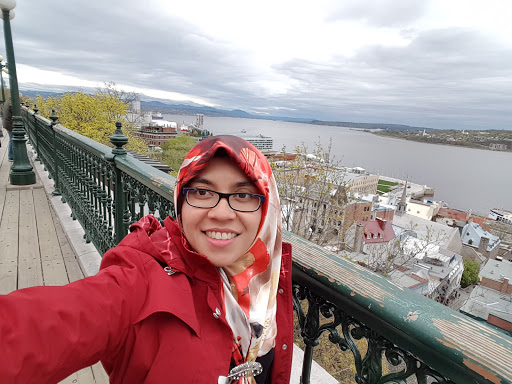 This is basically the long deck along the higher part of the city overlooking the saint lawrence river. This is where all the ships from around the world esp europe arrive in the colony of new france back in the old days. Thats why old quebec was so strategic. 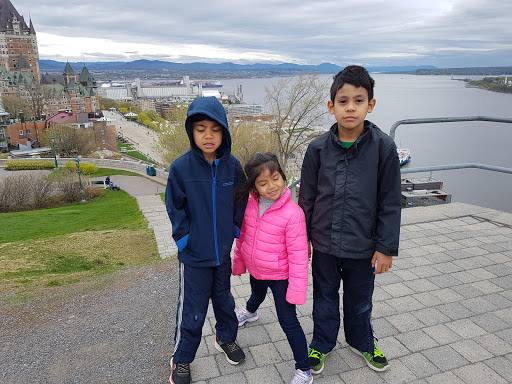 Then we went around the cittadelle. This is a millitary installation for the protection of old quebec city. It is still active today. Situated in a highland as you can see on this above picture. Lots of canon too. 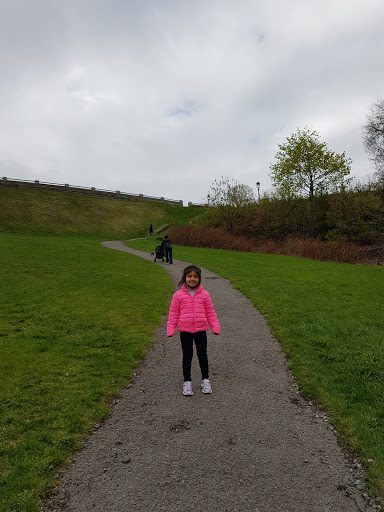 Walking around the cittadelle. Beautiful weather and beautiful scenery all around. 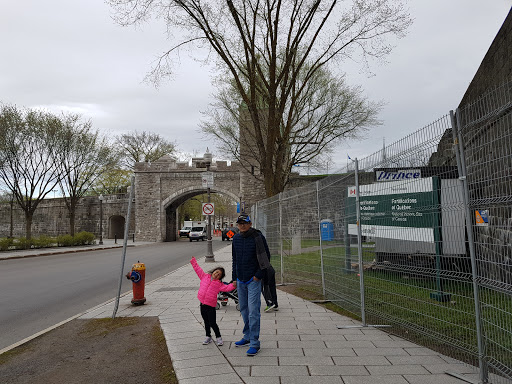 Thats how the entrance into the old city looks like. 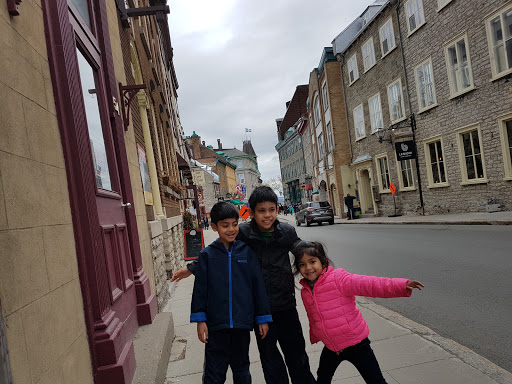 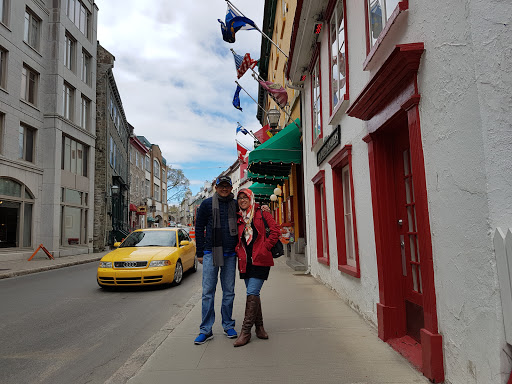 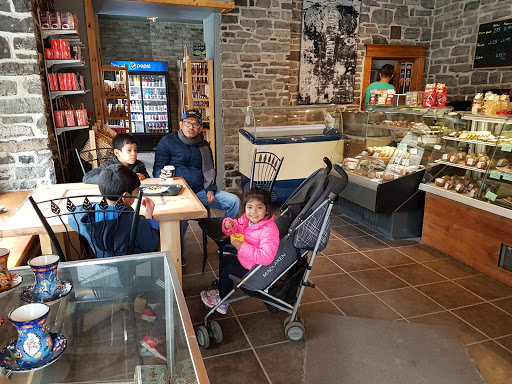 Then we went down to the lower town by a fornicular. Actually you can also go down by stairs. Its like a lift plus elevators. 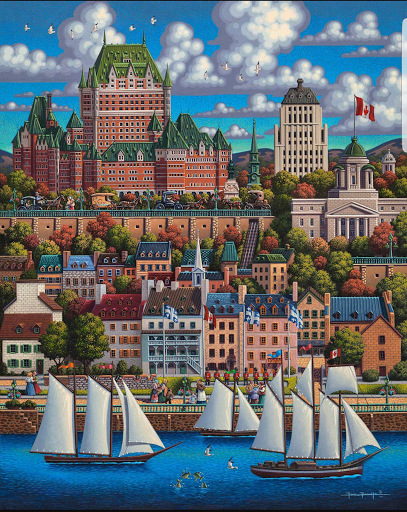 A beautiful drawing describing the upper town and lower town. 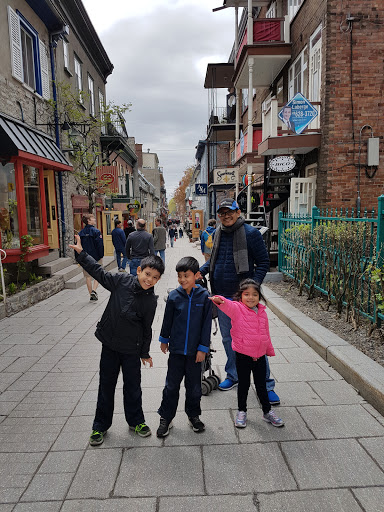 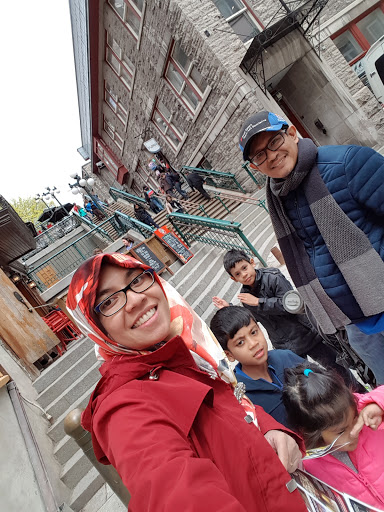 Here we are at the beautiful lower town. 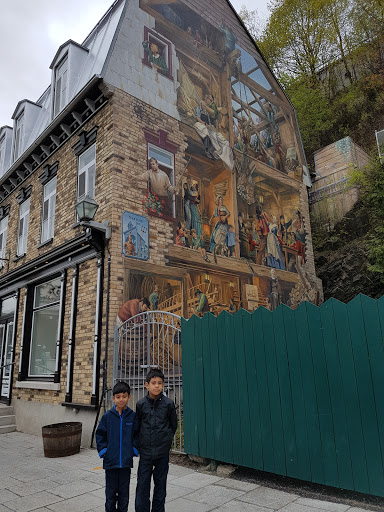 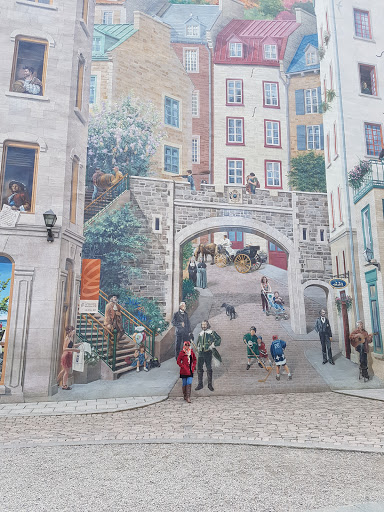 Another thing I love about this city is its beautiful city mural, often drawn with a real human scale. The drawings is just like a window to the old world. 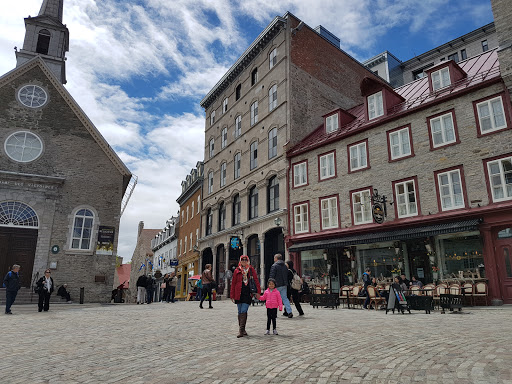 Walking around the lower town, with its beautiful new buildings with old european style architectures. 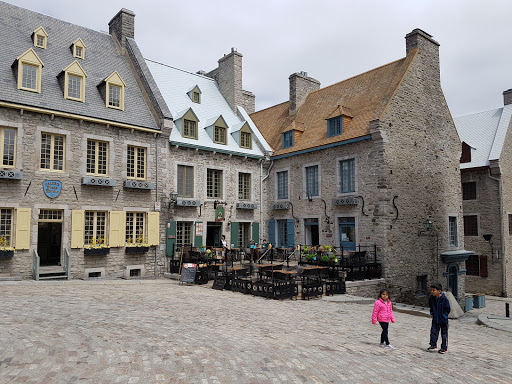 This is actually new buildings. 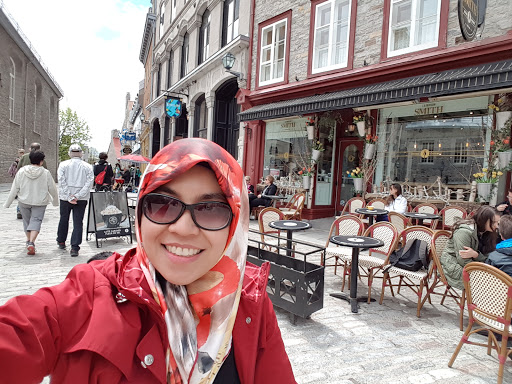 Dont you just wanna sit and have coffee and scones. 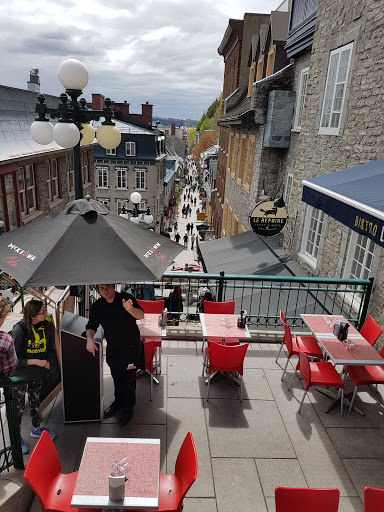 Then we went back up the upper town by stairs. Even along the steps theres shops in between. All with beautiful stones architectures.

I love old quebec . Its just so beautiful.

After exploring old quebec. We head off to go to Ottawa. 4h drive from Quebec. In Ottawa our main plan is to enjoy the beautiful Tulips Festival held specially in Ottawa this year for Canada 150 years celebration.