Making our own plane

Yes, yes, the kids make me help them makes soo much plane craft, sometimes I even have to fold them origami plane, or a flying jey fighter plane. This time, we make a plane out of cardbox with a functional rotating propeller, an idea from art attack. 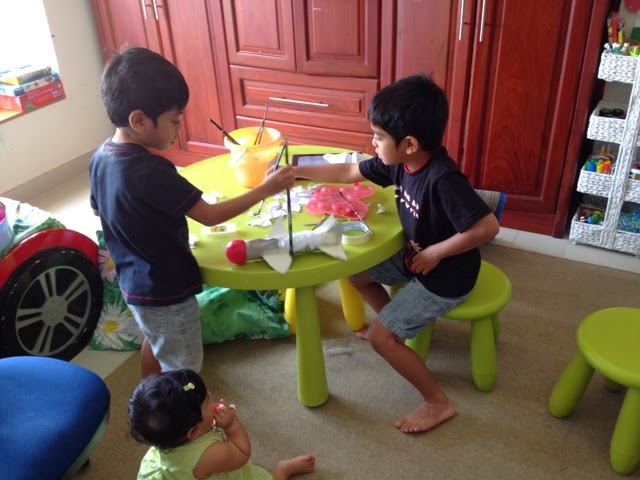 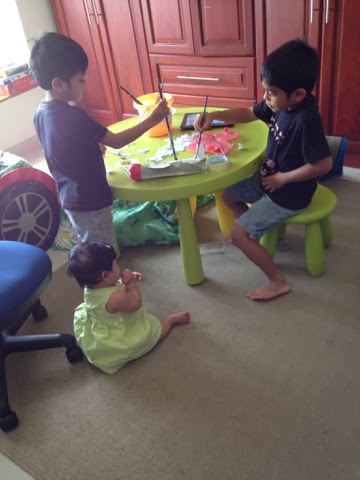 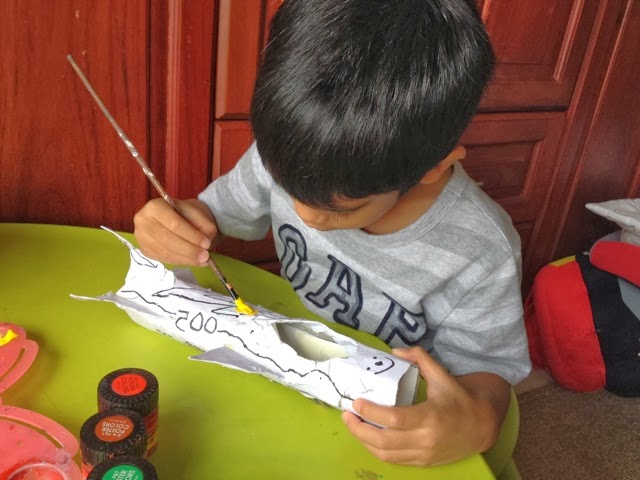 Once dried after a few days, harith draw designs on the plane then paint them. 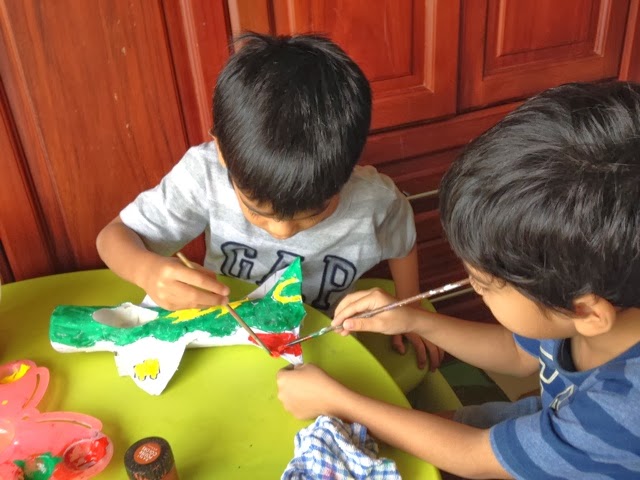 Uyay is now big enough to help out on most of the work. Together they color the plane's surface. 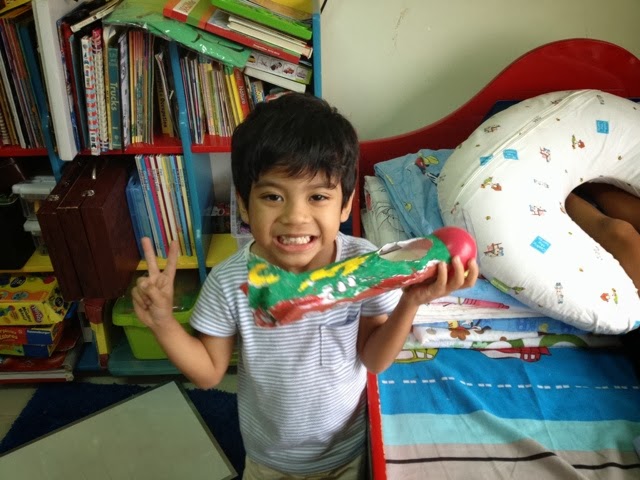