Today we did a simple activity of painting bottles, initially i wanted to leave some area of the glass bottle not painted as a design like eyes and mouth and once we put candle in it it looks like a halloween pumpkin of sorts, but decided againts it. So we have all area of the bottle painted and once dried they serve as a nice colorfull deco at our toilet window. Hahhaha, it is tottaly cool. 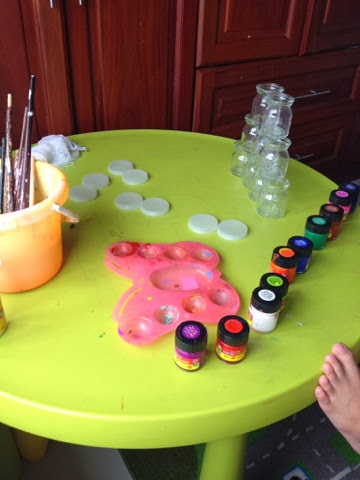 I bought those empty bottle at a supermarket , apparently it is made for those who wanna make homemade yogurt. 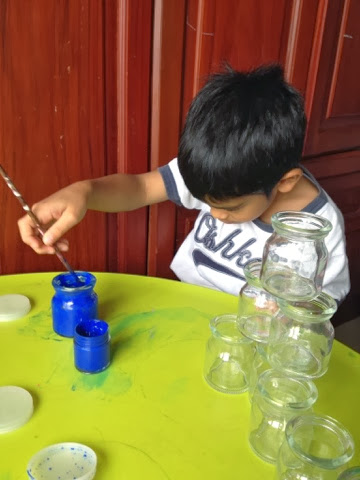 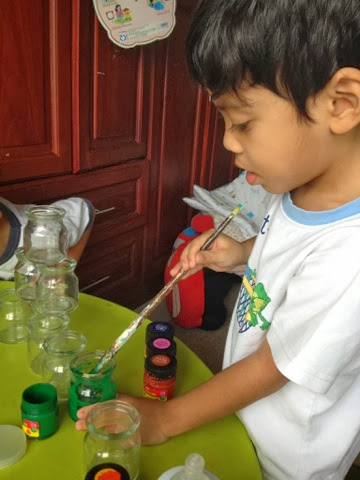 Its quite a new experience for the boys to be painting inside this time. 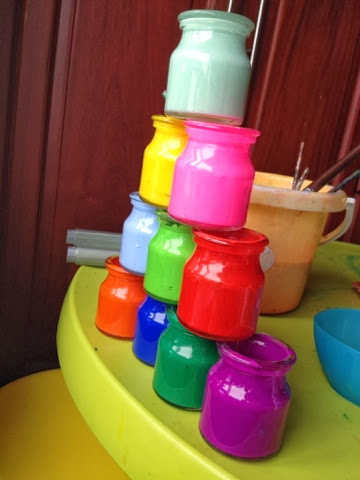 Once done they look so nice together. 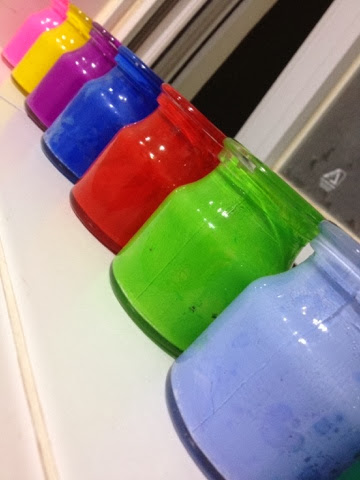 Now as a window deco, we can put candle in them later, or even an air freshener, or both. Cool!!
Posted by Adlin at 1:09 AM